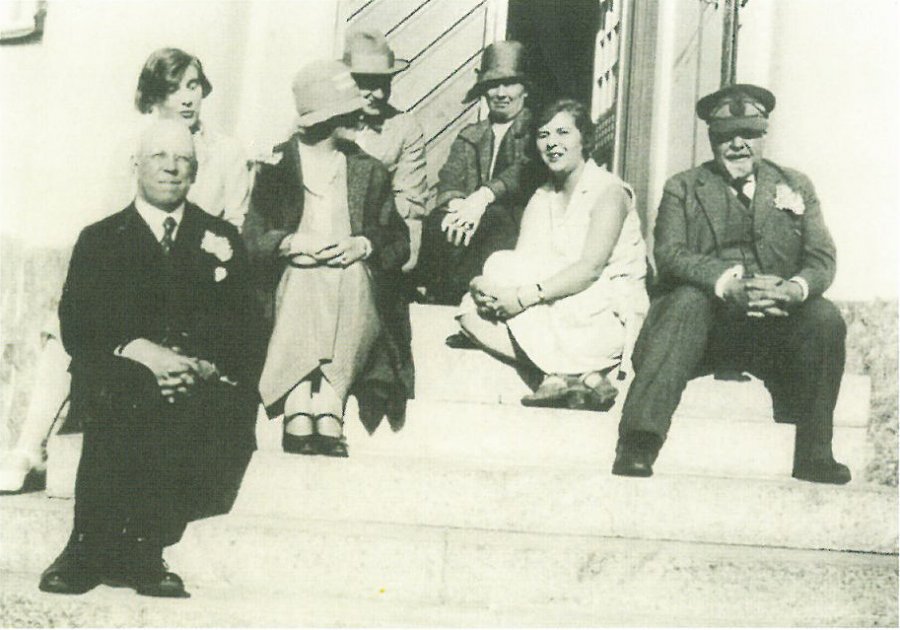 The building of Art Nouveau Castle

The building of Art Nouveau Castle

Professor Arthur Edvard af Forselles
(1864–1953)
Doctor of Medical Sciences, the first professor of otorhinolaryngology at the University of Helsinki, founder of the Department of Otorhinolaryngology, community leader and member of the Finnish Parliament.

At the end of the 19th century, Professor Arthur Edvard af Forselles purchased Majvik in Masala, Kirkkonummi as a summer place for his family. He had been offered part of Kulosaari, an island east of Helsinki, as a summer place, but he considered it to be too big for his family, which had two children, at the time.

The first building at Majvik was called ”Lilla villan”, which was a small red cottage located where the main building is currently located. His family spent their first summer there while they were building their Art Nouveau castle. Af Forselles wrote his dissertation in this same wood cottage. Later on, Lilla villan was converted into the estate keeper’s residence. During Finland’s Winter War, the building served as a bomb shelter.

It is uncertain as to who built the old main building at Majvik or when it was built.  In 1902, the famous trio of Finnish architects, Gesellius-Saarinen-Lindgren, built their own residence that also served as their atelier at Hvitträsk, which is located a few kilometres west of Majvik. Both Hvitträsk and Majvik have the same solutions and ornamentation that is typical of Art Nouveau: large and small windows of irregular shapes, the upper portions of windows curved, lavishly decorated columns and vaults, borders with animal and plant motifs on walls. There is good reason to believe that one of the architects of Hvitträsk, more than likely Armas Lindgren, was also responsible for designing Majvik and that the main building was built during the period of time between 1904 and 1908. The name of the architect, however, is not mentioned on the drawings.

The foundation for the main building is made of granite boulders, while its walls are made of brick and wood. The tower is built of brick that was brought to the site by ship from the Bastvik Brick Factory located on the other side of Espoonlahti.

At first, the villa was supposed to be located farther down on the hillside, in the area along the road leading to Majvik and next to a prominent rock formation. In the end, however, the top of the craggy hill, called Berga, was selected as the building’s current location. 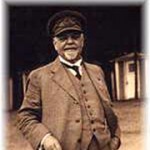 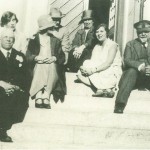 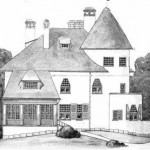